The Navaratri Festival is Beautiful, Colorful, Vibrant, and Way Too Loud!

In India, noise pollution is at historic highs and festivals are compounding the problem. India’s culture is steeped in tradition, and festivals observing sacred occasions are an important part of part of Hindu tradition.

The problem is, festivals are loud – very loud. Noise at these events can rise to more than 60 decibels above the legal limit, and despite stricter laws and increased public awareness of the health problems associated with such high levels of noise pollution, little seems to be changing.

The video below was taken by a news crew during this week’s Navaratri Festival in Mumbai:

Navaratri is an important Hindu festival of worship and dance. In Sanskrit Navaratri literally means “nine nights” and that’s how long it lasts.But as cities like Mumbai, Surat, Bhopal and many others become immersed in the cacophony of the festival’s health-threatening decibel levels, no one in government is enforcing or even monitoring the noise levels. In fact, it seems they’re encouraging noisemakers. The Mumbai police, for instance, announced their decision to relax a 10 p.m. loudspeaker deadline till midnight on the last two days of the festival, although they reminded people that noise levels should still remain within the prescribed norms as per the law. The result? Noise levels were monitored from 90 to 117 decibels in 45 and 50 decibel “silence zones.”

That bears repeating: 90 to 117 decibels, continuously, for nine nights and 10 days. To put that in perspective, OSHA warns that workers in any business with – say a restaurant or club – noise levels above 80 decibels may not work in that environment for more than eight hours in a 24 hour period. Why? They’ll suffer hearing damage, for starters, and they will be vulnerable to a variety of noise-related health problems.

While India’s Supreme Court has ruled that noise levels should not exceed the maximum set by law — 55 decibels (dBs) during daytime and 45 dBs after 10 pm – even during festivals, politicians of all parties place pressure on police forces to relax the noise levels and avoid enforcing noise laws, even in residential and hospital zones during festivals.

“They don’t care about patients and students,” said one resident of Malviya Nagar, Bhopal who was interviewed in the midst of the celebrations. “We are not averse to celebrating any festivals but there should be some limit.” 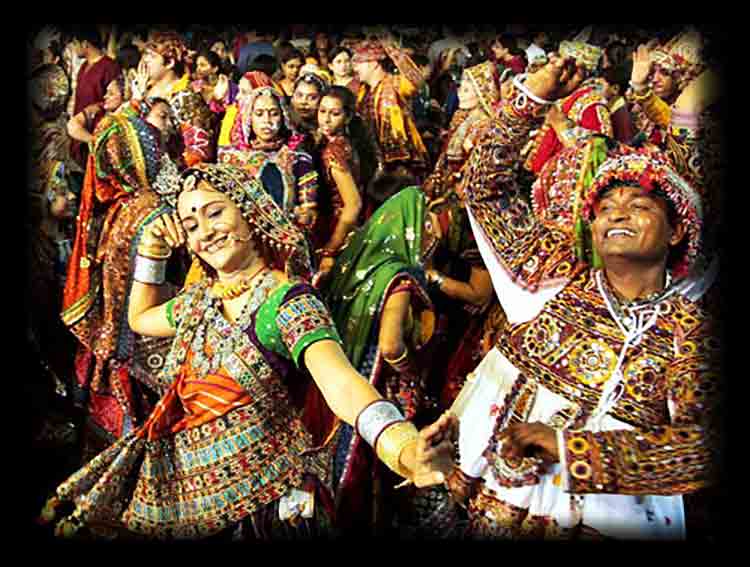 Even hospital zones, which have the strictest noise cap at 45 decibels, are registering decibel levels between 90 and 117, with no police or government control stepping in. Exposure to noise levels as high as those being recorded at Navaratri celebrations, even for just a few hours, can cause elevation in blood pressure, raise stress levels, and impair hearing. After nine days and nights of noise levels this high, the possibility of suffering from a noise-related health event rises sharply.

And for hospital patients, children, and pets that have no ability to escape the noise, the aftermath can be particularly harsh. Hospital patients exposed to noise levels considerably lower than those being measured at festival locations cause patients to suffer from insomnia and other sleep disorders, elevated blood pressure, and stress, all of which impairs healing.

Children exposed to such high decibel levels show a marked inability to focus, and are less able to keep up with school work. The aftermath of noise-induced hearing damage is often irreversible, a serious issue for not only children, but for everyone.

This is not an easy problem to address, as religious festivals like Navaratri are sacred to India’s enormous Hindu population and have been celebrated for centuries. But the noise from firecrackers, music, loudspeakers, crowds and traffic is harming Indian citizens.

Some Indian citizens are taking proactive measures to raise awareness and cut noise pollution, particularly during the many festivals. Many are uploading decibel measuring software to their smartphones, measuring noise levels at a multitude of locations, and filing a complaint with the police. Every year, tolerance for festival noise diminishes, and people are now taking the issue into their own hands.