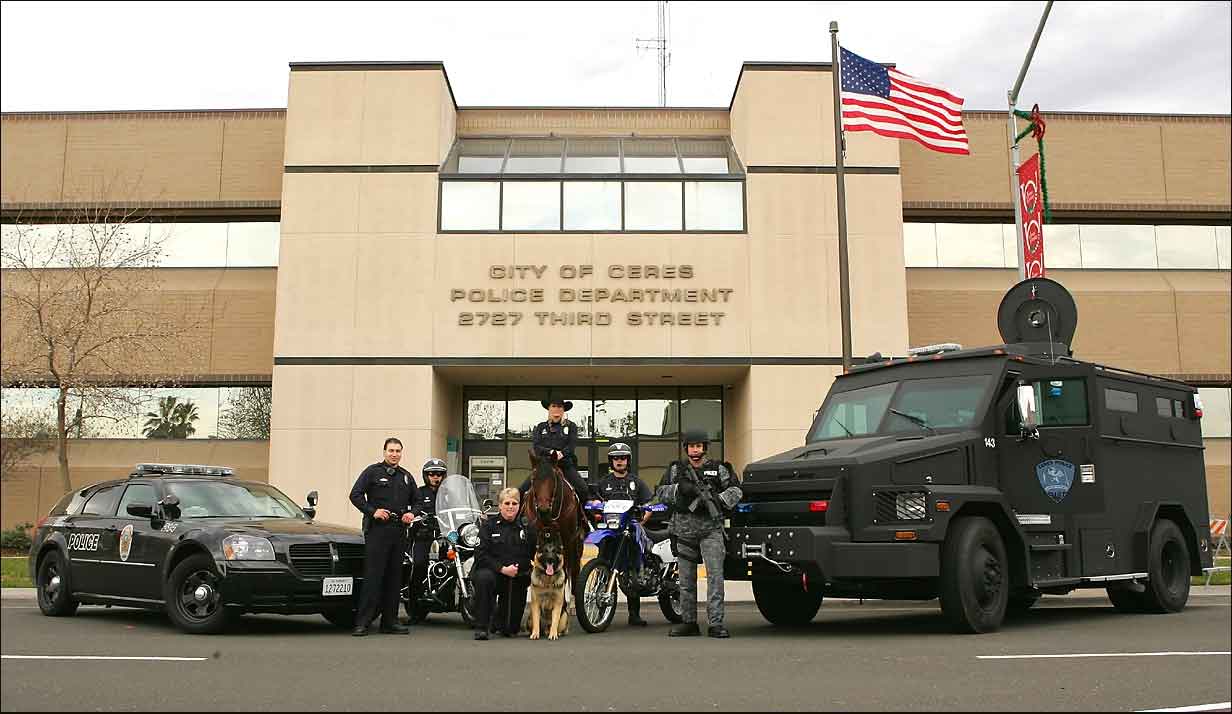 “Now Ceres citizens have the benefit of privacy when they find themselves in the position of discussing sensitive matters with police officials, and the officers themselves are better able to interrogate suspects uninterrupted, thanks to this simple fix that provided serious noise abatement results.”

Police Interrogation Room Quieted – With the installation of Acoustiblok noise abatement material in the ceilings and walls of two critical rooms within the Ceres Police Department’s downtown headquarters, witnesses and victims will be afforded the discretion and privacy they deserve during police interviews, and suspect interrogations will take place without external distractions or interruptions.

The decision to install Acoustiblok noise deadening material into the interview and interrogation rooms in the Ceres Police Department came at the urging of Sgt. James Robbins, who said the acoustics in the “soft” room, the room used specifically to interview victims and witnesses, were hampered by noise coming from a restroom on one side of the room, and the department’s often noisy IT department on the other side.

The larger 15-foot by 20-foot interrogation room was divided into three rooms, one to house sensitive recording equipment; the other two rooms were used to question suspects.

“Before we put the Acoustiblok in place, it was difficult to interrogate suspects even though they were in separate rooms because there was virtually no soundproofing,” said Sgt. Robbins.

”If we were interviewing two suspects about the same crime, they could hear what each other was saying, and they would yell back and forth to each other through the common wall, making it impossible to question each individual privately.”

After consulting with Acoustiblok COO Marilyn Myers, Ceres PD officials decided to install the Acoustiblok in the smaller “soft” room first to test its capabilities. The room’s original drywall was removed and the product attached to the studs, per installation standards. Next, the Acoustiblok was installed in the room’s hanging ceiling and the seams were sealed with Acoustiblok tape to create a total sound barrier.

“It worked so well, we were thrilled, and we were able to move on to the larger interrogation/recording room to create the same noise barrier we had achieved in the “soft” room,” Robbins said.

Since it was built in 1987, the building was not designed with any forethought regarding soundproofing or additional high tech retrofits, making the ceiling installation a challenge, according to Robbins. The Acoustiblok had to be cut to fit around pipes, HVAC ducts and other obstacles. Even with the extra care required for the ceiling installation, the soft room took only two days to complete.

When it came time to retrofit the larger interrogation/recording room, however, officials decided at first not to attempt a ceiling installation and installed the Acoustiblok in the walls alone. They quickly realized that sound was still bleeding between the rooms due to the ceiling void, and decided to install Acoustiblok in the ceiling after all.

“The second room took about a week, because it was larger and the ceiling installation was challenging, but in the end we were very happy with the outcome,” Robbins said.

“It’s always a wonderful feeling when our noise abatement products are used in such an important project,” said Lahnie Johnson, president and founder of Acoustiblok, Inc.

“I understand that there was some resistance from city officials to install noise barrier material when Sgt. Robbins first broached the subject, but his persistence paid off.

“Now Ceres citizens have the benefit of privacy when they find themselves in the position of discussing sensitive matters with police officials, and the officers themselves are better able to interrogate suspects uninterrupted, thanks to this simple fix that provided serious noise abatement results.”

Acoustiblok is formulated to provide an effective noise barrier in law enforcement facilities, hospitals, schools, churches, attorney’s offices and any space that requires privacy and seclusion.